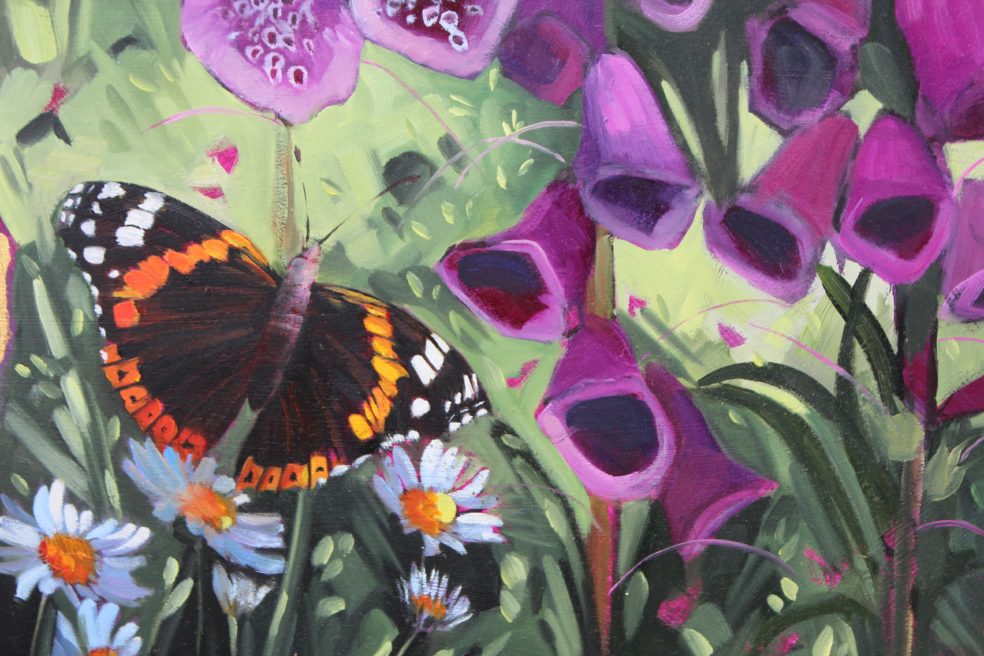 MARCH…..March already! That means one quarter way through this year and when put that way …..the expression “time flies “has serious meaning. Is time going faster than it used to or is it my age or do we simply not roll around with it enough, just sitting, staring into space/floating on the ocean/lolling on the grass/hanging upside down thinking of nothing much or better still, nothing at all. This supposed “inaction ” is amazingly good for allowing creative thoughts creep in and an activity at which I am outstandingly good but don’t get to indulge in often enough. Kids do it all the time, they roar around like maniacs then just stop and just flop around until they have recovered.
WU WEI is the ancient art of non-doing.

“Nature does not hurry, yet everything is accomplished”

“when we learn to walk with our own Inner Nature and with the natural laws operating around us, we reach the level of Wu Wei. Then we work with the natural order of things and operate on the principle of minimal effort. Since the natural world follows this principle, it does not make mistakes.
Mistakes are made or imagined by man, the creative with the overloaded brain who separates himself from the supporting network of natural laws by interfering and trying too hard.
Benjamin Hoff
“THE TAO OF POOH”.
Phew….note to me…good lecture. I get this sometimes and it definitely feels good, then I get caught up in the rubbish thinking” I HAVE TO” and it must be NOW! “Neuroscientists recently made a correlation between an increase of alpha brain waves (either through electrical stimulation or mindfulness and meditation) and the ability to reduce depressive symptoms and increase creative thinking.”
This is something that has been known for probably thousands of years by thousands of people but under the realms of” alternative” We crazy humans just won’t be convinced by anything we can’t see. Sad huh!
Anyway, back to March…In like a lamb, out like a lion and vice versa or so the old saying goes. In writing this down, I shall finally be able to test the theory. Yesterday was the first day of this promising month and she crept in like a newborn lamb so let’s wait and see how she exits.
In my world between the kitchen and studio and up the fifty steps to reach my wooden shed/studio the most delicious little purple crocuses are hugging the ground. Their vivid colour is a heavenly, indescribable purple with bright orange stamens, some form of intelligence greater than ours HAS to have a hand in designing this crazy, wild world of ours.They are delicate and ethereal, lasting not much more than a few days. Now, the more thuggish yellow daffodils are yelling ” LOOK AT US “ and are with us much longer and when the flowers die their leaves are untidy and unruly like kids toys in a messy playroom. You’d would have to have no soul not to love the loudness of them and the promise of Spring that they herald. Putting a bunch of these sunshine yellow babes in your home can surely lift even the most grumpy and grouchy of spirits.
Our garden is fast becoming a carpet of purple with the tenacious violets taking over every little corner and then multiplying rather rudely into enormous clumps. it is like a “join the dots ” puzzle. On close inspection, e.g. probably on your knees, the flowers are beautiful and fascinating.
Pick a few……smell them…..what an awesomely clever design they have evolved into which is naturally to deal with anything that February and March has to throw at them. So small but so strong. I have just put some on a canvas in oils and that was satisfying !!!
Now the trees are in bud then the phenomenal spectacle of blossom…..all with absolutely no effort!
Finally, I completely forgot to notice how March “went out”. I’ll do it next year…..maybe! 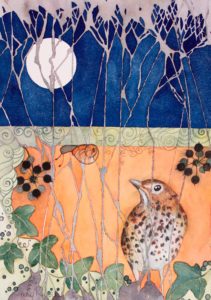